having given up on the cobbles, I may have to return to the square
andy hart illustration
Top 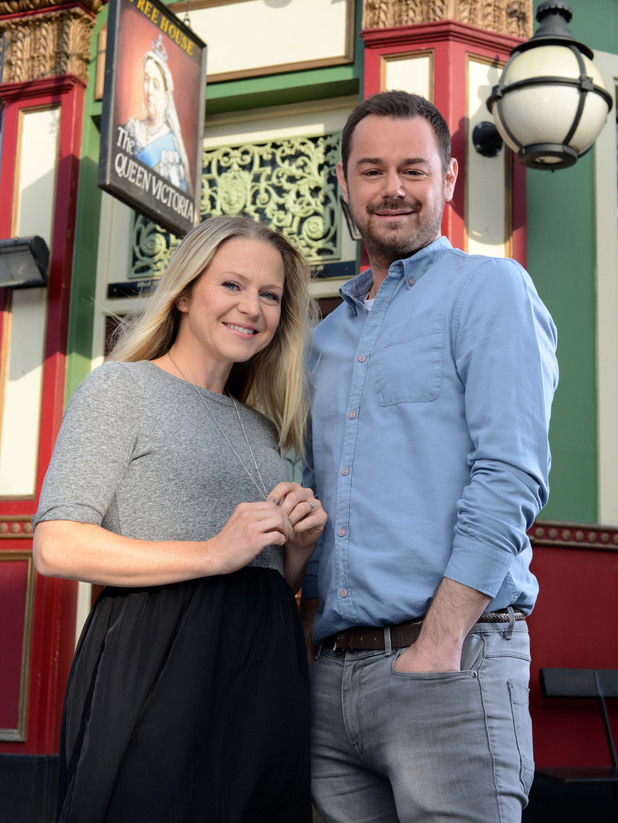 eyes like pissholes in the snow
andy hart illustration
Top

About time, it's been total bollocks lately.
My apple pies go off today.
Top

Doing the unmentionable so you don't have to...

The 'Run For Your Wife' review 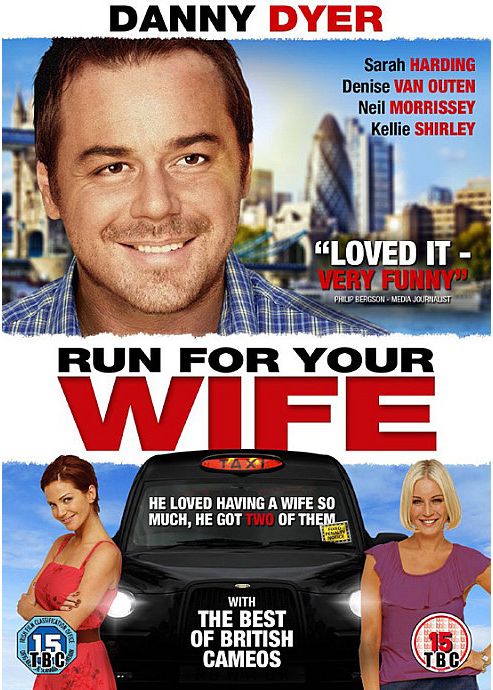 'Run For Your Wife' (or RFYW as I will refer to it from now on) is the Danny Dyer led film of Britain's foremost farceur Ray Cooney's stage play that so delighted theatregoers in the 80's (I'd always thought this was a seventies thing but apparently not)... the original stage play featured Bernard Cribbins in the role Dyer plays here, that of London cabby, John Smith. In the original play John is juggling two lives, two wives sticking to a very precise schedule so neither wife is aware of the other. All seems to be going to plan until John is mugged, ends up in hospital and the Police begin to investigate his complicated private life. Hilarity ensues

Cooney's plays (others include 'Wife Begins at Forty', 'Whose Wife Is It Anyway?' and 'Wife? Wife! Wife?') are in the grand tradition of British low comedy, situations become increasingly complicated and exaggerated, trousers fall down, people hide in wardrobes, there's a lot of nudge nudge references to percy filth and proceedings are all rather bawdy and yet somehow quite innocent and silly

These types of farces were never really that fashionable but they were popular. However tastes have either grown more sophisticated or more base and explicit, and this nudge nudge wink wink style of comedy has rather fallen out of favour

One of the key selling points of the film prior to it's release is that some 80 celebrities agreed to appear in this (their fees going to charity) as essentially either extras or cameos... three of these 80 are now sadly dead (Richard Briers, Frank 'Captain Peacock' Thornton, Bill 'Hodges from Dads Army' Pertwee), one is in court following Operation Yewtree, a couple are regularly cited on the David Icke Forum as being in league with our reptilian overlords, plus there are ex-Dr Who assistants, the current Sherlock's mum, Dame Judi Dench, Russ Abott, Robin 'Confessions of a...' Askwith, Su Pollard, Sybil and Manuel from Fawlty Towers, the actor that provided the voice of Captain Scarlet and many many more... as most of these people were mainstays on TV 20-30 years ago and are now mostly absent from our screens the overall effect is that the London John Smith drives his cab around in is some strange ghost world haunted by the remnants of television past

On release the film was savagely disparaged by film critics and widely ignored by cinema audiences (making just £747 on it's opening weekend in British cinemas), as something of a Danny Dyer apologist, as someone with a fondness for many of these old faces from British TV and film I approached this film with the sincere hope I might find something, anything to enjoy about it

The film was co-directed by Ray Cooney, clearly judging by the cast list he's got a lot of pals amongst 'actors of the third age', but his directing credits prior to this were a tv adaption of one of his own plays in 1984 and two films in the early Seventies of another two of his own plays ('Not Now Darling' and 'Not Now Comrade')... his co-director had made a video before this

There's a weird mixture of acting styles, the four main characters: Dyer, his two wives (Denise Van Outen and Girl's Aloud Sarah Harding) and Neil Morrissey all perform as if acting for the deaf and the overly sedated. I'm currently taking a lot of painkillers for a bad back and there was no way I was going to watch this at a volume my neighbours (who I respect) could hear (and therefore realise with horror what I was watching) so this method of acting was appreciated. Some of the other turns are rather good. It's quite jarring when somebody turns up acting without semaphore.

In addition to snorting charlie, swearing, looking fucked and being nawty, Danny Dyer can add getting a rake full in the face, wearing a bandage around his head and falling out of a window to his repertoire of winning acting chops... he also looks convincing driving a cab around London and smiling to himself and shaking his head in a gentle 'my passengers and the people of London are right mental, lol' way

The two female leads are awful and it pains me to say that (about DVO more than Sharding, she's just terrible). Weirdly Danny Dyer cannot act convincingly like an idiot, even one with a head injury (who knew?). Neil Morrissey is just wrong, even when he was charmless nerk Tony in 'Men Behaving Badly' there was something disquieting about him behaving like a 12 year old in a 30 year old mans body (if it were the other way round we'd call Operation Yewtree) but to see him pull the same shtik as a 50 year old is just wrong, plain wrong. One gag he's involved in consists of him sitting on a chocolate cake, discovering he's got chocolate all over the arse of his trousers sometimes later and then fingering a big gob of brown off his arse and then sniffing at it and then eating it.

Christopher Biggins and Lionel Blair play a homosexual couple who... well, let that sink in a moment... can you predict how that might turn out? 'Bobby and Cyril' are central to one of the big twists that has John and his pal Gary (Morrissey... not that one, if only, Neil Morrissey) having to convince policemen and wives they are a gay couple... further laughs are desperately sought from passing off one of the wives as a transvestite... ooh, my sides... before the LGBT community get up in arms I was unaware of any lesbians being made fun of in this film but I'm certainly not going to watch it again to be certain

It's strangely less offensive than perhaps it sounds because it's so panto, it's also not at all funny and that's the problem, as John's web of lies gets increasingly more complex, as it unravels, there should be adequate comedic material to mine but it all follows the most obvious, the most familiar, the most tired route... I don't even accept that this is a brand of comedy people are desperate for but then again 'Mrs Brown's Boys' suggests otherwise, so why didn't all of that shows fans take RFYW to their hearts

I suppose because it creaks, it's a vacuum, some of the cast really go for it but to no or little avail

It may seem disingenuous but I would have loved this to work in some strange bizarre way, it is a film made presumably with the best intentions and also with a hankering to make a romping good time farce 'like the good old days'

In some ways though, as a 'state of the nation' piece of cinema verite you won't see a more searing and truthful depiction of life in Cameron's Britain

http://www.telegraph.co.uk/culture/film ... -film.html
"and Valley Parade is showing all its finery"
Top

That made me do a literal lol in the hospital waiting room!
Top 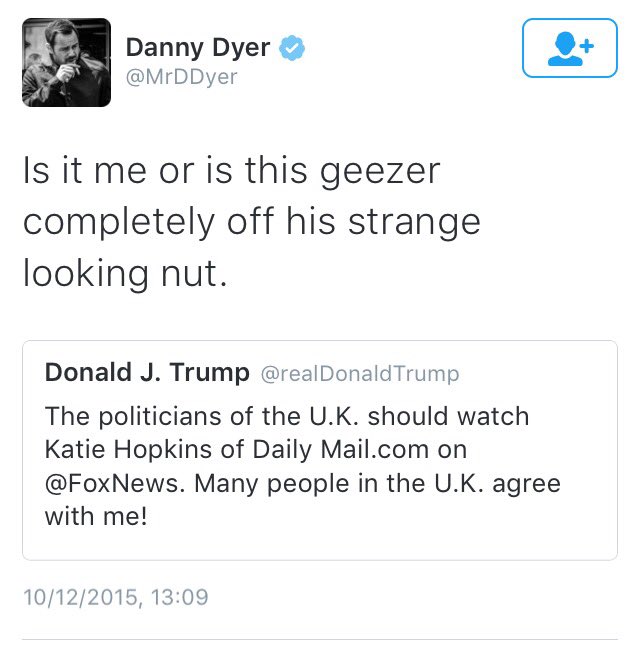 Just watched his episode of Who Do You Think You Are? Very funny and very interesting.
be popular play pop
Top

This Is Helena wrote:Just watched his episode of Who Do You Think You Are? Very funny and very interesting.

It's a genuinely brilliant piece of TV for all sorts of reasons. Please watch it.
Top

Thomas Cromwell was a bit of a turn up. Loved how he just took it in his stride.
Top
Post Reply
54 posts