Help me find this book

Help me find this book

This was posted in the 'what book are you reading?' thread about three years ago:


grumpytimes wrote:I haven't been contributing much to the book talk here recently, but just thought I should let you know one of my bestest friends Alex just had her first book published and I think a lot of the people on here will really like it. I was thinking about taking a couple of photos of some of the pages so people could get an idea of it - but it's told through a dialogue between two 'zines and is full of imagined found notes, mix tape covers and pen pal letters. 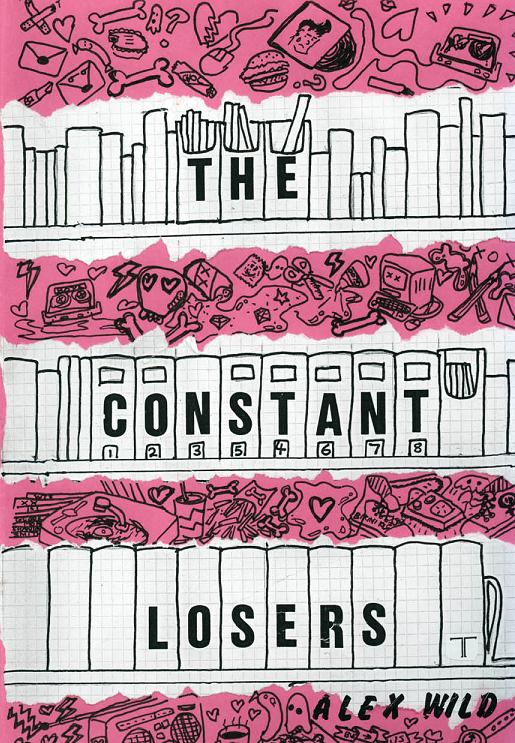 I'm going to be lazy and cut and paste the blurb.

A novel of text-talk, musomania, mix tapes, student bars and library intrigues, The Constant Losers starts with a google search for 'boykrew fan club' and ends in a 'zine war'. The book's heroes are two students whose strange relationship begins in print and develops through a series of chaotic encounters.

Wild has a sharp eye for the improvised spelling, grammar, and morality of the cellphone generation, but The Constant Losers also shows off her concern with literary form and tradition, and her almost anthropological ability to examine and interpret her characters.

[edit] wow that picture is huge, sorry for clogging up the page

I am desperate to read this now, but the only place I can find it for sale is the publisher's website. They're based in New Zealand and it'll cost £crazy to get it shipped to the UK. If anyone can help that'd be lovely.
Underachievement as Art
Top

[just so you know, I edited my spelling mistake. This originally said "Any look?"]
Last edited by roundbitsofplastic on Thu Jul 31, 2014 18:24, edited 1 time in total.
I am struck speechless by the nape of your neck.

The National Library of Wales doesn't have a copy, suggesting it was never published in the UK.
Top

I want to read it too so I have emailed them re: bulk purchasing/postage.

WE SHALL SEE.
I am struck speechless by the nape of your neck.

I have a copy now. Happy to lend it out to any Anoraks who want a go.
Top

humblebee wrote:I have a copy now. Happy to lend it out to any Anoraks who want a go.

You bugger! Where did you get it from?

I'm on the verge of importing some! We are IN DISCUSSION!
I am struck speechless by the nape of your neck.