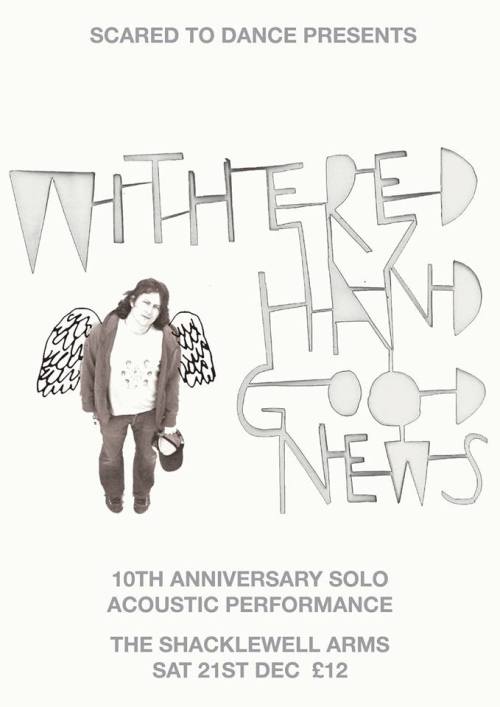 Withered Hand is the songwriting output of Dan Willson. A cult figure in the Scottish music scene since 2009, Dan has released two widely acclaimed albums, New Gods (2014) and Good News (2009) and several lo-fi EPs. Currently working towards his third full length album, Withered Hand continues to tour in the UK and further afield, playing in venues ranging from concert halls to living rooms.

This solo acoustic performance celebrates ten years since his debut LP Good News was released and he will be performing it in full, followed by a Christmas pick n mix of other Withered Hand songs.

Darren Hayman is a thoughtful, concise and detailed songwriter. He eschews the big, the bright and the loud for the small, twisted and lost. For 15 years, and over 14 albums, Hayman has taken a singular and erratic route through England’s tired and heartbroken underbelly.

Ticket includes entry to Scared To Dance club night with Withered Hand guest DJing immediately after the gig. On sale at DICE and WeGotTickets.