One of my hobbies is collecting. So I decided to create this new topic to know what you collect.
My collections are:


How about you?
Top

i guess i always want good music physical, but i don't know if that counts as collecting?

i do however try to get my hands on every single hanson release there has been released ever, whether it's on cd/mc/vinyl/dvd/whatever.

also, i'm collecting quarters! i already have half the states, so now i'm planning on expanding my collection on my next us trip.
dont fall in love if you want to die in peace
Top

I will share a couple of weird things that I used to collect though:

When I was a wee nipper and I had to open a carton of juice in the mornings before breakfast, I used to cut the corner off the carton and then put it in the pocket of my dressing gown. Eventually I'd have a whole pocketful of these tiny little corners. At which point my parents would step in and throw them out. The cycle would begin again.

A minor occurence of OCD? Probably.

Didn't flare up again til I had my own house and my own tumble dryer... at which point I found myself putting the lint in an old, plastic muffin box from the supermarket. And once that was filled I'd find another... I had to shake that habit - it was getting a bit weird - but at one point I could proudly claim to have all the lint that had ever come out of my dryer. It made cool looking strata too, as each emptying of the lint tray would come out a subtly different colour.

And it was kinda amusing when people would see all this fluff in a container that said 'chocolate muffins' and ask just how long those muffins had been there (clearly assuming that it was mould).
I may be ugly and hate-filled but... wait, what was the third thing you said?

I don't really collect things, other than CDs and books, but I did make a point of getting an old banknote from each of the eurozone countries as the euro was coming in. It's a lovely little time capsule, though I forgot to update it when Malta and Slovenia joined.
There ain't no-one gonna turn me round
Top

Nothing stranger than records really ... hmm except maybe record players and bits of record players ... about 12 at the moment if you count the ones I'm storing at work.

For weird collections, this page is hard to beat. Final Loan's lint collection reminded me of it, because of this guy's belly button fluff collection

Presumably during the late 90s he went through a red phase ... becoming a blue phase in the noughties
Last edited by Uncle Ants on Fri Jun 11, 2010 12:07, edited 1 time in total.
In Recordeo Speramus
Top

What's revolting about it? It's just lint... The lint is clean - it's just come from the washing machine and then the dryer...

The belly button fluff is truly revolting though... Almost as bad as collecting scabs...
I may be ugly and hate-filled but... wait, what was the third thing you said?

Ian's lint collection reminds me a bit of my friend's brother who used to collect cheese fat. He used to microwave the cheese to seperate the fat and then pour it into a jar which he kept in the fridge and eat the remains. It formed layers in a similar manner to the lint. He claimed he was going to grow a moustache and use it to wax his moustache - I don't think he ever did that. I've don't know if he still does it...
Top

Uncle Ants wrote: For weird collections, this page is hard to beat. Final Loan's lint collection reminded me of it, because of this guy's belly button fluff collection

from different cities I go to. I think I've spent up to $10 on a stupid fridge magnet from some tourist shop. The best souvenir fridge magnets are those that double as a bottle opener.
Butt.
Top

oh, i also have a strange fascination with swit suits (retro one pieces mainly!), and i collect pretty 60s dresses.
dont fall in love if you want to die in peace
Top

As I child I collected keyrings, and they were all attached together.

I have no idea what happened to them.
Top

I don't collect anything, really. When I was a kid I used to pick up hub-caps when they showed up. I've got an old ice-bucket full of pin-badges, but surely all pop kids have?

My friend died recently, and some of us went to his parents house after the funeral. His Mum asked if we wanted to see his room, so we went up and were all completely shocked to see that he had a wall full of key-fobs on little hooks. There must've been HUNDREDS. It's weird to think that he must also have been squirreling them away over the 3 years I lived with him.
I am struck speechless by the nape of your neck.

I forgot to tell that I also collect all kind of zines (music, comic, perzines, political).
You can see some of my collection in my blog >> http://uzinefanzine.blogspot.com
Top

ogata tetsuo wrote:I forgot to tell that I also collect all kind of zines (music, comic, perzines, political).
You can see some of my collection in my blog >> http://uzinefanzine.blogspot.com

I can send you some of my (mini)zines if you like? Just PM me yr address.
I am struck speechless by the nape of your neck.

Reading this one at the moment: 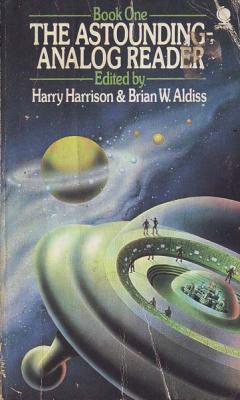 And keyboards / synths etc. that I find for cheap (I could spend insane amounts of money but I try to stick to car boot sale bargains): photos here

roundbitsofplastic wrote:I can send you some of my (mini)zines if you like? Just PM me yr address.

I collect 80s Tomy robots, like Dingbot and Omnibot and Mr Money.

Naturally I collect books and music, but specifically I'm collecting The Complete Peanuts - I have about 12 volumes now.

I do also collect snowglobes from places I've been.

Regularly, I think 'I've got too much stuff'.
Top

postcards and letters.
so if you want any.. let's swap.
haha.
Top

as a child i has a small collection of about a dozen stones which i'd found and were quite interesting (shiny/oddly-shaped/pretty colours etc.)