lynsosaurus wrote:Actually, does anyone have any idea about the setlist? I was in such a daze that I can barely even remember what was played

It's not going to be in any order obviously but I think it was:

The Way To Market Station
Hit the Snow
Through the Swells (which they write as 'Capp Street' on their setlists!)
Emotional Levy
Mission Bells
Chicago New York
Been Hiding
Holiday Gone Well
Friends of the Heroes
The Walk
Last Match
The Red Door

Then in Glasgow they played 'Mary's Song' as well. Massive swoon. I noticed they also had 'I've Been Mistreated' on their list there - that'd have pushed me over the edge. Bloody love that song.

Does that sound about right? And short? And like it should happen all over again before we die?
The equation of poetic with administrative talent was often less perfect in practice than in theory
Top

I could have sworn I heard Attraction Action Reaction at some point over the weekend. Did I imagine that?

I wish we could do it again this weekend. But less tired. AISLERS SET FOR INDIETRACKS 2013!
we'll be god's tiny carrier pigeons

they played "attraction action reaction" in london. also they opened with "catherine says".

while looking at the suicide squeeze site for the first time in forever, i noticed that:

(a) there are still aislers set t-shirts for sale. pity they didn't bring them to europe, could probably have sold a bunch.

(b) "what fades first", which i'd not heard, is fucking great.
e r
Top

everard wrote:(b) "what fades first", which i'd not heard, is fucking great.

Isn't just? The world stops when it comes on.
The equation of poetic with administrative talent was often less perfect in practice than in theory
Top

everard wrote:(b) "what fades first", which i'd not heard, is fucking great.

Isn't just? The world stops when it comes on.

not generally a fan of long songs but i wish there was an extended version that just looped the ending over and over.

can't believe i knew of the existence of the song for years without bothering to check it out. guess it would have to edge "summers reprise" out of my aislers set top five.

what's the pre-first album song on the magic marker comp like?
Top

Christin Garland posted this up on her Facebook from the Aislers Set's set in Stockholm:

I saw a guy filming this (I assume) during the set, he had a windscreen on his microphone - made me wonder if there a reason to do this in an indoor gig environment. Perhaps there is.
Top

OOOOOF! That's a nice video. I think, musically, I'll be remembering 2012 as the year that I saw Aislers Set and Go Sailor! - my personal stand-out bands of the year.
Top

Shame they're all in the western United States.

If we set off the day after Indietracks, we could hitch rides on boats and cars and trains. I WANNA GOOOOOOO!
Top

Where? Where?! Also Eastcoast? I'm most likely in the USA late September.
Candy Twist fanzine
Top 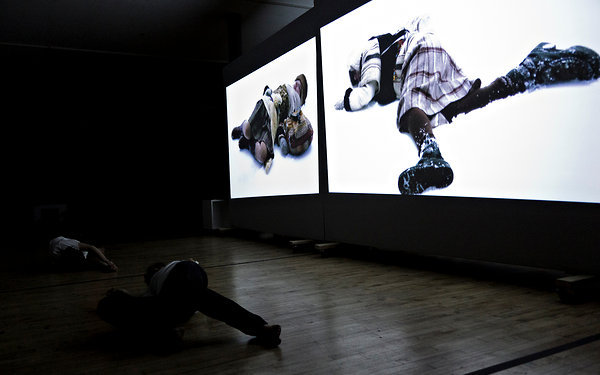 crystalball wrote:If we set off the day after Indietracks, we could hitch rides on boats and cars and trains. I WANNA GOOOOOOO!

I'm with you. Let's do it.
we'll be god's tiny carrier pigeons

further to the info in andy's link above, reissue preorders are up:

i'd still prefer a ridiculous box set, but all this is nice. hope the reissues have tip-on sleeves like how i learned to write backwards did.
e r
Top

crystalball wrote:If we set off the day after Indietracks, we could hitch rides on boats and cars and trains. I WANNA GOOOOOOO!

Me too!!! We could be like a bunch of indiepop Steve Martins and John Candys!
Top

We're super excited to finally be able to make these reissues happen, glad that some of you are excited about them.
A few notes:

1. The Exclaim article is a little misleading - the color vinyl of the first two albums will be mail order and band merch only.

2. While there may not be a crazy box set, we're talking about a bunch of ideas that'll make the extra comp LP that comes out next year something pretty special. Stay tuned!
Mike

this part was kind of a bummer though as i had a fantasy hope of a peel session 12"!

Can you give us any info about the "singles/rarities collection"? Will it be mostly singles and b-sides? Demos? unreleased songs? Peel Sessions?
will be mostly singles and demos, some live stuff, some unreleased things I've found on the reel to reels. maybe some things I've done alone since recording the last record. unfortunately we can't afford to buy the rights to the peel sessions so it can't be included.

Thanks for posting this interview. It was very interesting but also moving, nostalgic...

And now here I am listening to the Aislers Set. Again.
Last.fm profile
Top

Yeah, I love that about How I Learned... as well. It feels like an album which just had to be written because it fulfilled a greater purpose. Although The Last Match is *everything* to me, listening to How I Learned is like being showered with some kind of divine wisdom that we can't possibly grasp. 'Attraction Action Reaction', 'Mission Bells' oh God oh God.

Not a single day goes by when I don't think about how Linton is the greatest human.
The equation of poetic with administrative talent was often less perfect in practice than in theory
Top

I just love you all so much.

And I haven't even been drinking.